App Awards is the first competition and celebration of outstanding achievement & excellence in Windows 8 and Windows Phone app development. The competition is sponsored by Microsoft, Nokia, AppCampus and Miltton. 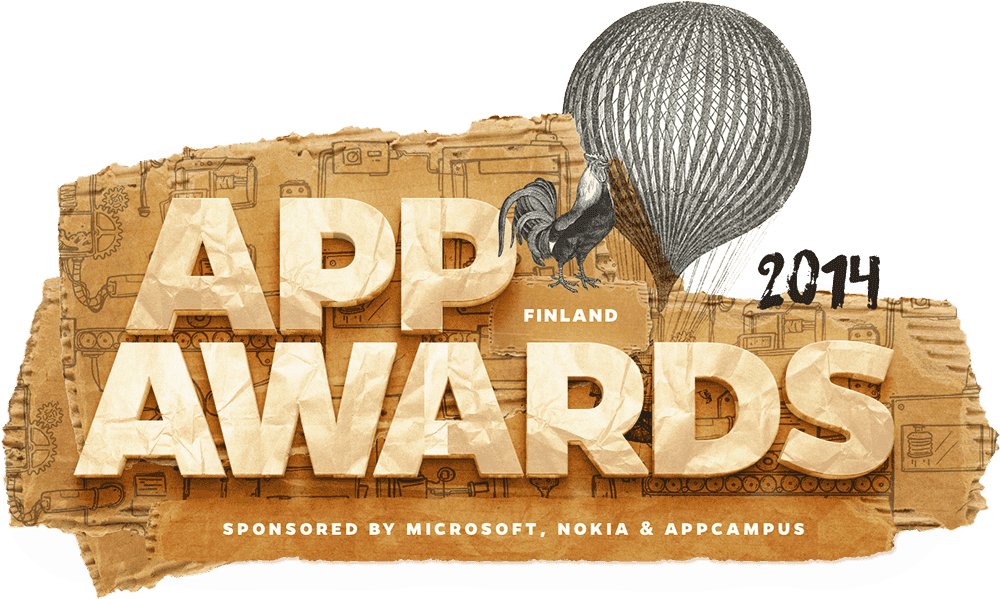 Miltton approached me in September 2013 to create a visual identity for Microsoft Finland’s App Awards 2014 edition. The logo had to be different from their brand guidelines, graphicly strong and stand-out from other similar contests in the field – maybe even street-art inspired.

The freedom of the project’s style and direction was challenging. I started by analyzing my own process and took inspiration from there. Lots of different doodles, mock-ups, wireframes, devices made of cardboard with interfaces and so on.

The perspective was there, now I just had to make it appear in a digital format. As always, you start with the type. If the type is looking good in black and white, then you’re golden. Then came the cardboards and doodles of the rooster and the hot air balloon.

As a total opposite of Microsoft’s flat-styled brand, I decided to give the text the 3D look to bring more depth of field it. I added a few more shadows, gradients and textures until we reached the desired outcome. Sometimes, more is better.

“Janne has caught our needs instantly and turned our requests to amazing layouts with fresh and modern looks. One of the best web designers I have seen.”