GoPro is the world’s leading action sports camera company. They defined a new marketplace with an innovative line of small and rugged cameras that let anyone capture and share their adventures. GoPro continues to push the boundaries of wearable, gear-mounted cameras and accessories. 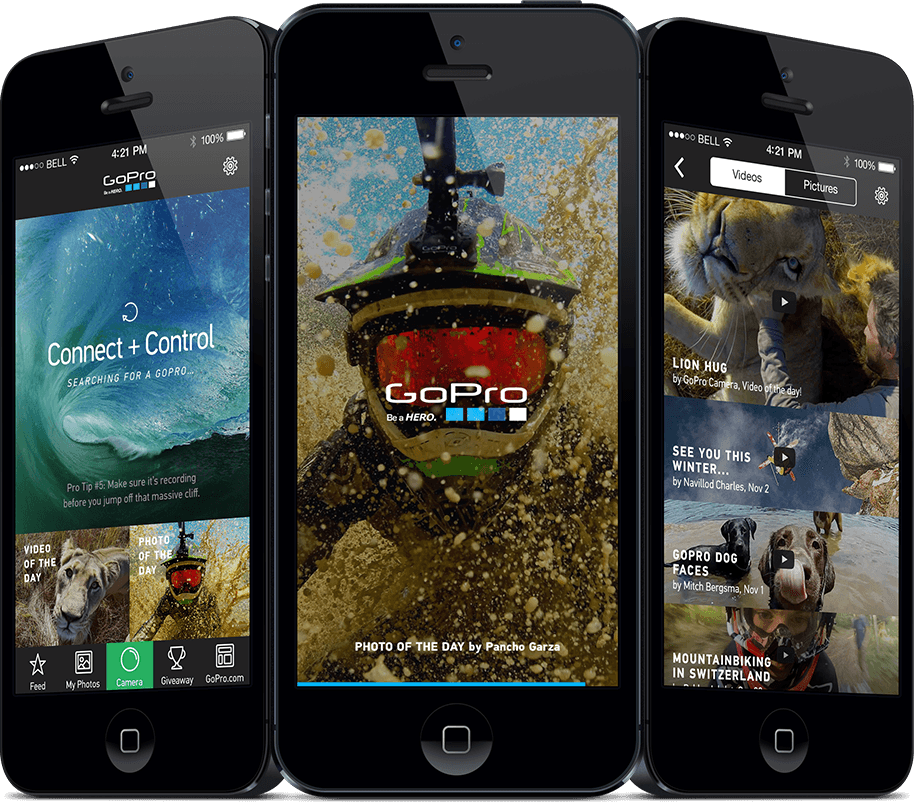 This is an unofficial design project for GoPro’s iOS app. I’ve been using GoPros for three years now, mostly in snowboarding. so I was very excited when they launched their iOS app allowing you to control the camera straight from your phone.

Technically the app is great and everything works, but I think the user interface and visuals are not equal to GoPro’s strong action sports brand. I took this as a challenge, to keep all the functions alive, but with a much better and simpler user interface.

There’s always something special when you’re designing for a touch-based device. It feels like the design comes alive under your finger tips, instead of using the website with a mouse. This brings it’s own challenges to the mix. You have to make sure that touch-areas are big enough so the Canadian with giant fingers can easily use the app without pressing all the buttons at once.

In a redesign project, you’ll have to value every element of the current design – and decide if the element is important enough to keep or not. I re-thought the bottom navigation, but kept the same elements in the home screen. Typography is based on GoPro’s own brand font, PF Din Text Pro – which is perfect for UI use with its vast array of weights and lowercase ascenders that are higher than the capitals.

The recent launch of Apple’s new mobile operating system, iOS7, brought updated design guidelines and grids for designers and developers. I wanted the app to look fresh and well-thought out with smooth line icons and adrealine pumping images without borders. 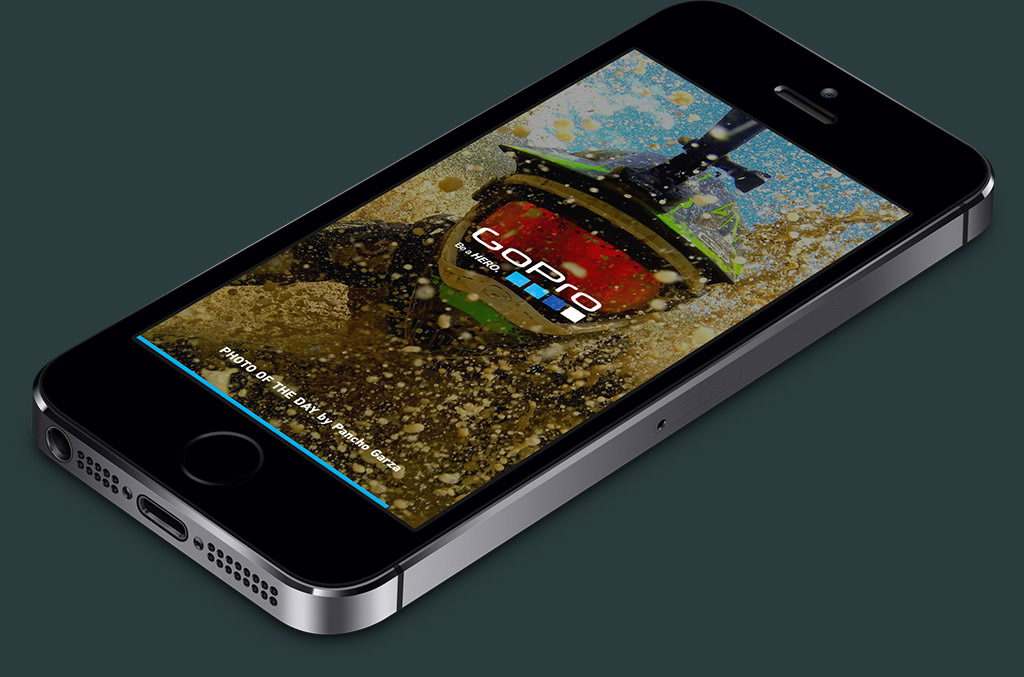 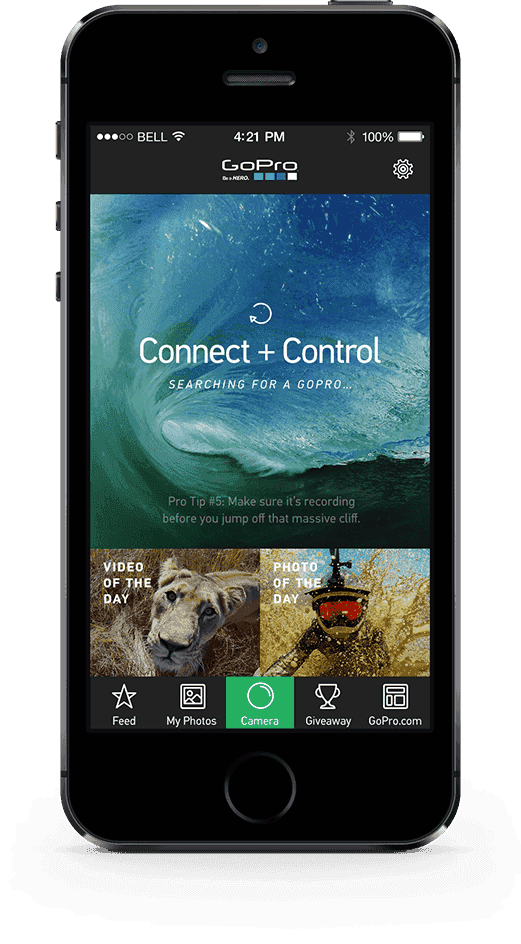 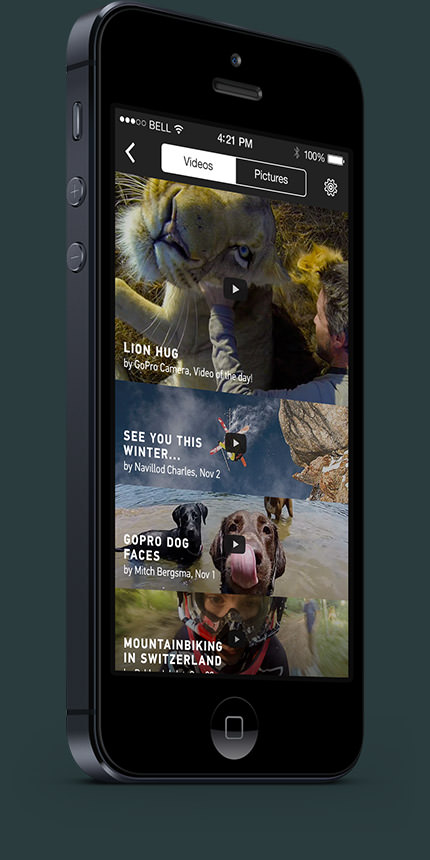 “Sweet Concept. I can see that there is love for this brand! Nice work!”